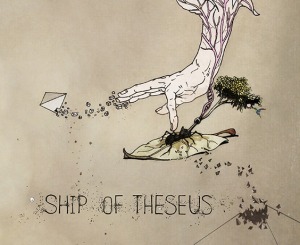 “Ship of Theseus explores thought provoking issues… What social and humanitarian responsibilities do the ever increasing young, wealthy and educated of the “new” India have towards others?”

Sometimes a film comes along that is an open door to another culture, to a way of life, to experiences you have never before considered.  You are transported – emotionally, intellectually – to be immersed in a whole other way of thinking.  SHIP OF THESEUS does just that – be prepared for a remarkable voyage.

This is a deeply thoughtful, intelligent and at times uncomfortable vision of a changing culture and changing individuals – a very rich experience for the mind and the senses.

Since its premiere at the 2012 Toronto Film Festival, SHIP OF THESEUS has become a ambassador for what Indian films can be.  There is no Bollywood dance number in the middle of it all; no star crossed lovers unable to touch until the last reel; no silly sub plots with predictable comic relief characters –  there is no sense at all of that trivial vision we have developed regarding Indian films here in the west and understandably it’s been seen by many as breath of fresh air and a reflecting of the reality of a modern Indian culture.

Aliya is a sight impaired photographer played by Aida El-Khashef.  She’s a strong willed young woman but beneath that will is a clear indication of fear – fear of not being independent and at the same time fear of what will happen to her if she were totally independent.   Her very patient male partner is supportive of her creative endeavors but issues arise when Aliya moves from being on a waiting list for a cornea transplant to it suddenly becoming a reality.  With the opportunity to have her sight restored, what once made her distinctive is no longer a relevant note in her biography – she’s just another photographer WITH eyes.

The title, SHIP OF THESEUS, comes from a paradox raised by philosopher Plutarch – if you replace all the parts of a ship, bit by bit over time, is the end result still the same ship?

Writer / director Anand Gandhi makes it quite clear, it is not, and let’s face it, you have no drama in characters that don’t change.

The self absorbed blind photographer in the first story contrasts completely with a Jain Monk, brilliantly portrayed by Neeraj Kabi in the second story.  He’s a hard line animal rights activist facing certain death due to his failing liver but when he discovers the medication on offer may have been tested on animals, what happens to that hard line?

One of the real highlights of this film are the exchanges between Kabi as the monk and Vinay Shukla who plays a law intern, Charvakaa, a young man who decides to follow and challenge with arguments on animal rights.  It’s just so entertaining and rewarding an insight into the passion of these two characters.  Some have considered the dialogue exchanges to be contrived, preachy and not naturalistic but I have to disagree, these are two educated, intelligent men who love to play with words and ideas in a verbal debate – to them it’s a game they both enjoy and revel in and personally, I found it a delight.

In the third story Naveen, a wealthy young stockbroker, is the recipient of a kidney transplant and is recovering well until he unearths some questions about the legalities of the operation he’s been through. I’m not intending to give away what the issue is… but morality and money play out an argument all of their own… and it’s intense and deeply provocative… that again contrasts perfectly with the preceding two stories.

The relationship of the wealthy to the poor and exploited is ultimately at the core of these morality tales.  What has often been dismissed as problems too big to deal with, and conveniently excused as part of an ancient caste system, well, are they or aren’t they relevant in an age of advanced medical technology?

What social and humanitarian responsibility does the ever increasing young, wealthy and educated of the “new” India have towards others? 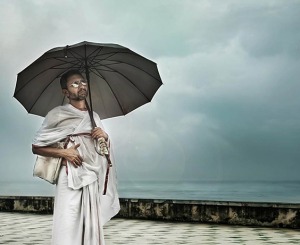 Trying to raise funding for a story like this in India, given it was so NOT commercial in its aspirations and critical of the system and the social “norms”, was no small task.

The writer / director Anand Gandhi was in development for over three years and much of the film was ultimately shot with a tiny crew of three or four people. going guerrilla. on the streets of Mumbai.  Even so in no way does it look or feel like an underground effort – the use of camera movement and the composition of shots is always relevant to what’s happening and at times the images are almost paint like in the pale washed colours and textures – the colour grading is beautiful – overall visually clever, yes, but never show-offy.

The film is multilingual but much of it is in English… now you might have to do a rewind to read the subtitles a second time in some of the pacier exchanges but give it a fair go, put away the distractions, engage, and I promise if you are open to it you will find rewarded on this most original voyage through modern day India.

Sincere thanks to PLUZ CINEMA for documenting the speakers at that event (photographer not credited on their site otherwise would have given the photographer a credit here) and thanks for publishing images via…
pluzcinema.com
…to help promote this film and independent cinema in India.

Worth a look:
Interview with Anand Gandhi from the Wall Street Journal (India) online:
http://blogs.wsj.com/indiarealtime/2013/07/18/qa-ship-of-theseus-director-anand-gandhi/

Links are correct at the time of publication. Newtown Flicks can not be responsible for dead links or content moved or deleted from other sites.

All rights to the film under review, including related promotional elements (e.g. video clips, freeze frames, production stills, posters, box cover art, etc) or materials relating to the documentation of a film’s production (e.g. “on set” or “behind the scenes” photographs or interview comments from cast / crew), remains the exclusive property of the originators / legitimate owners of those elements.

Newtown Flicks claims no ownership of this pre existing material and is diligent in ensuring its use of the material is restricted to the relevant video review and related web site known as BETWEEN THE CRACKS.